Animals in the Second World War in England

Animals have all too often been overlooked as victims in war. Two books examine their lives and deaths. The Great Cat and Dog Massacre: The Real Story of World War Two’s Unknown Tragedy, by Hilda Kean, examines the euthanasia campaign conducted by the British government in the opening days of the war. The New York Times review by Elena Passarello writes that, “Amid protests from government officials and animal charities, and despite the absence of any attack on British soil (the Blitz would not begin until 1940), an estimated 400,000 pets were killed in that first, silent week of war.”

Another of these books, Bonzo’s War: Animals Under Fire 1939–1945 by Clare Campbell, chronicles the trials of animals in Britain during World War II. 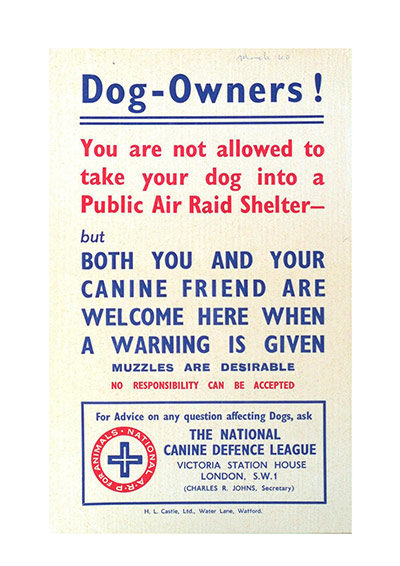 Imagine what your dog or cat would experience. All the noise and terror. 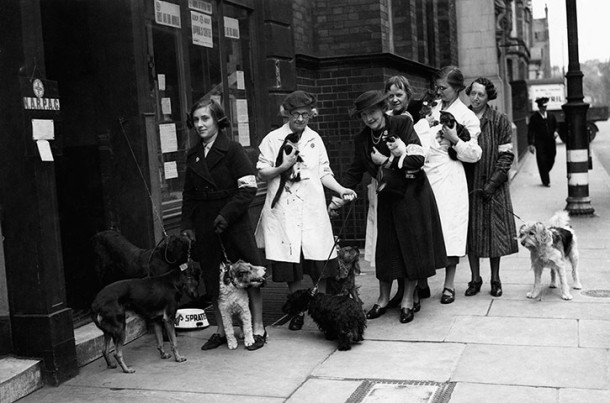 This dog was trained to sniff out bombs and mines. 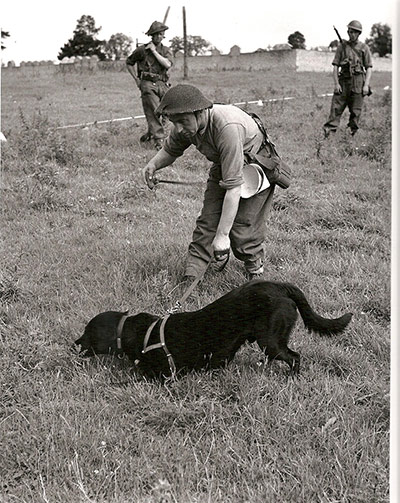 And here is one of a horse. 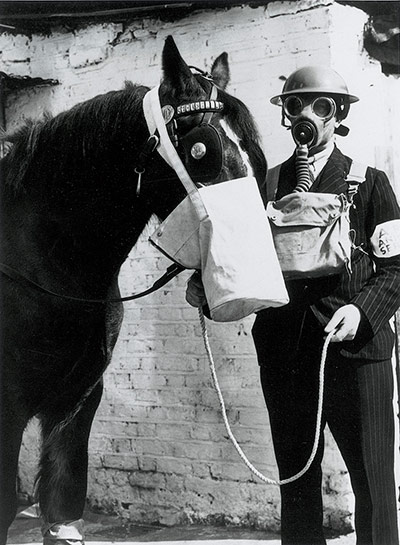 ‘The West Ham Borough Council Veterinary Department have devised a special gas protection bag for horses, and have instigated a corps of men and 21 dressing stations for any of the borough’s 200,000 animals in the time of war. It is a large nose-bag which fits over the horse’s head, and is fixed with a zip fastener, the idea being with a little food in the bag the horse would be quiet during an air raid. A long halter is also attached to allow the driver to get to shelter and still have his horse under control. The fetlocks are bandaged with special oil-skin to protect them from mustard gas’.

A happy boy with his pet.

This attention on animals in war should make us aware that other living creatures in addition to humans suffer from man’s inhumanity to man–and animal.

In Home Front Girl, Joan ponders the differences between man and animal while riding a bus when she is fifteen years old. She seems to pique the interest of the man sitting next to her!

I went back to the difference between man and animals. Very slight, it seems. I was testing myself out to see if I was human. Seeing if my thumb was opposable (by wiggling it) and if I had definite chin (thrusting it out) and if my great toe was opposable (very hard in shoes). By this time, the man next to me also seemed to need proof that I was human and took quite an interest in my experiments. In most points I seemed human so I gave up and went back to one-celled animals. Man went back to his magazine.

“Very slight” difference between humans and animals–in war and peace. 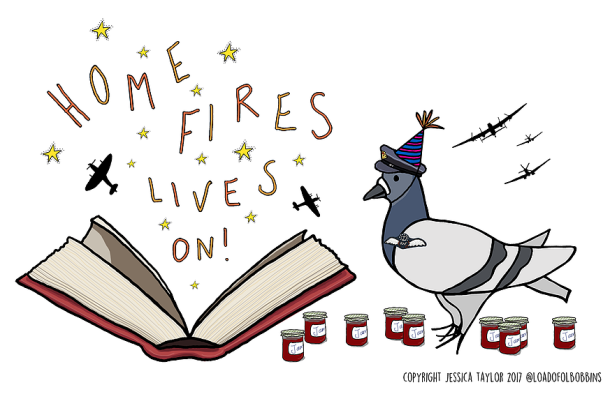 So excited that the ITV World War II show Home Fires will keep on burning! Read more about it here.