A Tribute to the Real Rosie the Riveter 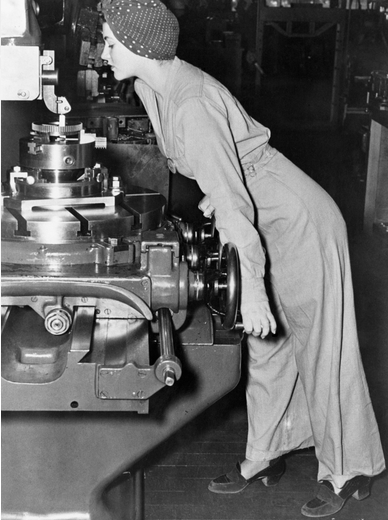 A 1942 photograph of Naomi Parker Fraley that was the likely inspiration for the Rosie the Riveter poster. Credit Getty Images. From The New York Times article

My mother, Joan, was no Rosie the Riveter, though she did work for two weeks one summer as a can inspector. As she writes in her trademark dry way on June 20, 1941 at age 18, “Got first paycheck yesterday. 44¢—for six hours and deducted for my uniform. 2¢ on my Social Security. My old age is assured.”

The real Rosie the Riveter, Naomi Parker Fraley, died this week. A New York Times article explores the detective work undertaken by James J. Kimble at Seton Hall University to uncover who really inspired that famous poster depicting a woman with that iconic headscarf with the words “We Can Do It!”

Both the complicated detective work and the life of Ms. Fraley are well worth examining here.

My mother describes her factory work with her characteristic humor.

Hullo—Friday the 13th—Fine time to start writing in here…School’s out as you may have guessed—a surprise! I’m working. Burry Biscuit Co. Factory girl after a year of college—father almost died laughing and forbade me to go but I went anyhow.. . . . I’m gonna get paid $6 a week. He almost died again. Of course momma doesn’t disapprove—she wouldn’t! It’s only for two weeks though—till I go to camp, so it’s really nothing to get excited about. 33¢ an hour.

I worked today already. Everyone was so nice yesterday when I went to look for the job . . . Helpful young men all over and old ones pointing out the way and all . . . When I got to this place a young fellow out back said I looked lost and escorted me in to the office. Today I ran into him again and he had to show me where the lunchroom was. He was standing among a whole lot of flour sacks. I thought he was an office boy! He came around later this afternoon—and, lo and behold, he isn’t only the Big Boss, but he owns the factory. Oh joy, Joan, you’re doing fine!

Anyhow, it wasn’t bad today. It sure wasn’t intellectual and I got the hang of searing the boxes (and not my hands) in about half an hour and had the rest of the morning to think. Once I seared my hands and forgot to breathe. I’d been searing my hands all the time though, so it didn’t really mean a thing. It’s not bad at all, really—I didn’t like packing crackers so much though, ’cause you’re in too much of a hurry, but you get used to it, I guess.

It’s fun talking to all the girls and everything—I feel like Susan Lenox[1] or something—and where is it? Clearing, Illinois! Miles out and cows all around. What I like best is the walk over the dirt road from the streetcar. Green grass all around and daisies springing up and cows—positively cows. It’s quite delightful: Well—it’s only two  weeks to go, so why get excited?

Well—work today. Joan, the little factory girl. Only I wasn’t today—Inspector Wehlen, call me. I inspected millions of army ration cans—for the USA. Defensive work. Caught myself humming the “Star-Spangled Banner” and reflected it was the same as making munitions. It is too, you know. Boss came over and worked with me for a while. We two alone all at the end of the belt. Only trouble was, I couldn’t hear a word he was saying.

It’s funny. It’s rather mindless work there you know—as indeed I remarked to the boss. So as I get rather bored, I recite to myself or sing . . . Have gone through Housman[3]—Shakespeare—all the speeches from Julius Caesar and everything I like . . . the sonnets . . . “No longer mourn for me when I am dead.”[4] It’s really not bad. I fear in two weeks I may run out though—my repertory is not so large. The machinists there may have a strike.

Work goes on. Back on the army order today . . . inspecting. They sent for me too. Boss fixed up a comfy corner for me and turned on the fan and brought me sugar cubes. . . . Not very sympathetic as to my broken nail. Nice though: I can’t get over the feeling I’m there studying the girls—and not really proletariat. It’s quite irritating. I feel in league with the boss. My hands are all cut. 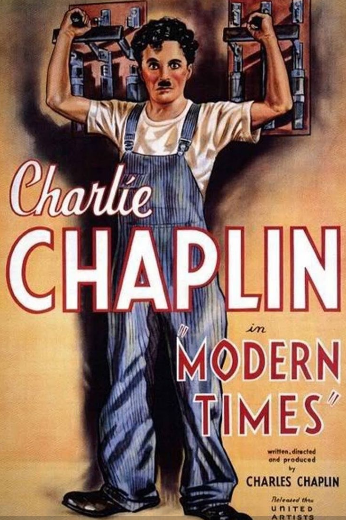 Hello. Time’s a-passing. Still at the factory. Was going to quit today, but we get time and a half, 50¢ an hour for tomorrow. So am staying on. Passed 67,438 cans of army rations today. Uncle Sam doesn’t know what I’m doing for him. Almost passed out today. Terribly hot. Ate salt tablet. . . .

Got first paycheck yesterday. 44¢—for six hours and deducted for my uniform. 2¢ on my Social Security. My old age is assured. Found a note from one of the girls in a can . . . I let it go. It was harmless and who knows when it may be found. In war, in blood, in pain. . . . Have begun singing the “La Marseillaise” instead of “Star-Spangled Banner” as I work. You can see how I’ve changed. Am dead tired. Oh my back!

. . . This is practically making munitions like I always said I’d probably end up. . . . The cookies are hard enuf. I see the cans in my dreams passing before me in shining rows, like Charlie Chaplin in Modern Times. . . .

My paycheck, incidentally, was $16.77. Sound pretty good, huh? I wanted to frame it. 17¢ off on my Social Security. That makes me feel better. Who knows how I’ll be when I’m sixty.

[1] A Greta Garbo film from 1931; the heroine becomes a woman of easy virtue. There is also a call slip from the university library tucked into Joan’s Graded German Reader from October 1940 for the book Susan Lenox by David Phillips.

[2] Professor John R. Davey, who taught humanities for many years.

[5] A ship sunk by a German U-boat in May 1941 after the Germans evacuated it of crew and passengers.

[6] Her Swedish uncle. Joan’s paternal grandmother and all of the family on Joan’s father’s side (except for her father and one uncle) stayed in Sweden.