The National World War II Museum is in New Orleans.  It’s a fantastic complex with exhibits, movies, and live shows.  Recently I was lucky enough to do a signing of Home Front Girl there.  It was a wonderful experience!

My family met my Swedish relatives in New Orleans for 4 fun-filled days.   Joan’s father, Werner Wehlen, left Sweden at the age of 16 in 1913. Werner was the eldest of all his siblings.  His youngest brother, Nils-Erik, was born after Werner left.  They never met.

Nils-Erik had several children we have met a number of times.  Lars is the “baby” brother!  Lars is Joan’s first cousin and Gerd is Lars’s wife. 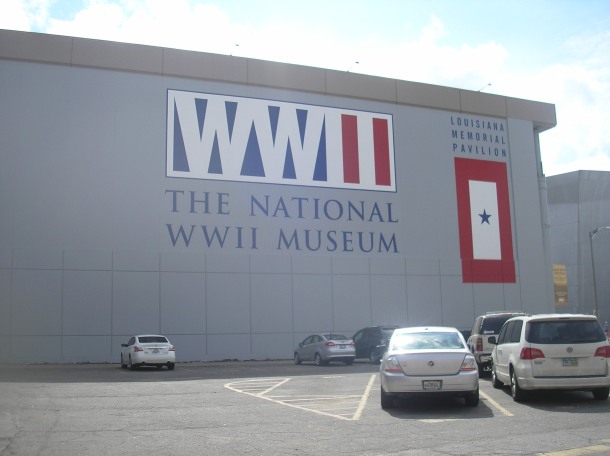 This building has the exhibits, book shop, and gift shop.

This addition is under construction. 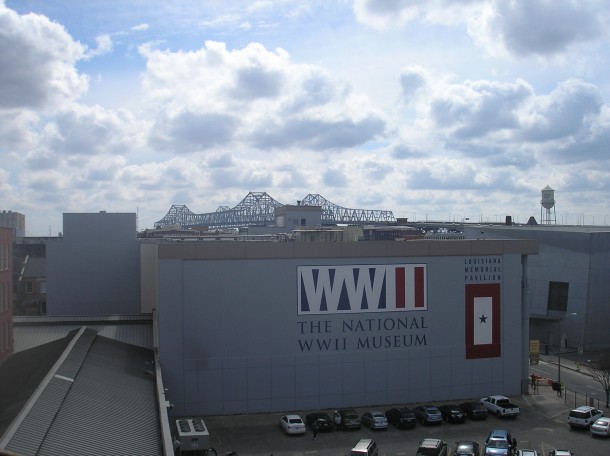 I took this photo from the top of the Ogden Museum of Southern Art, the fabulous museum Gerd and I visited that is connected to the University of New Orleans. 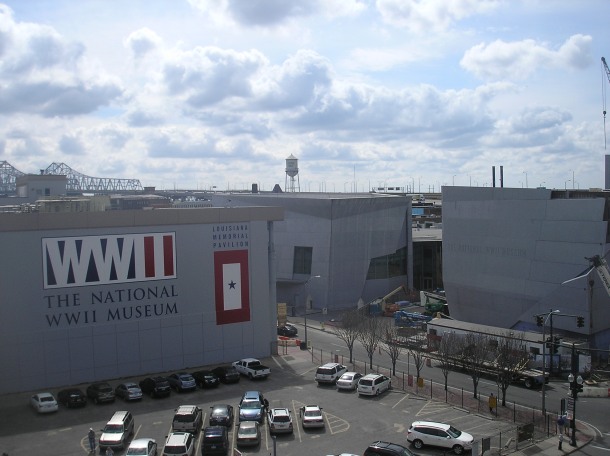 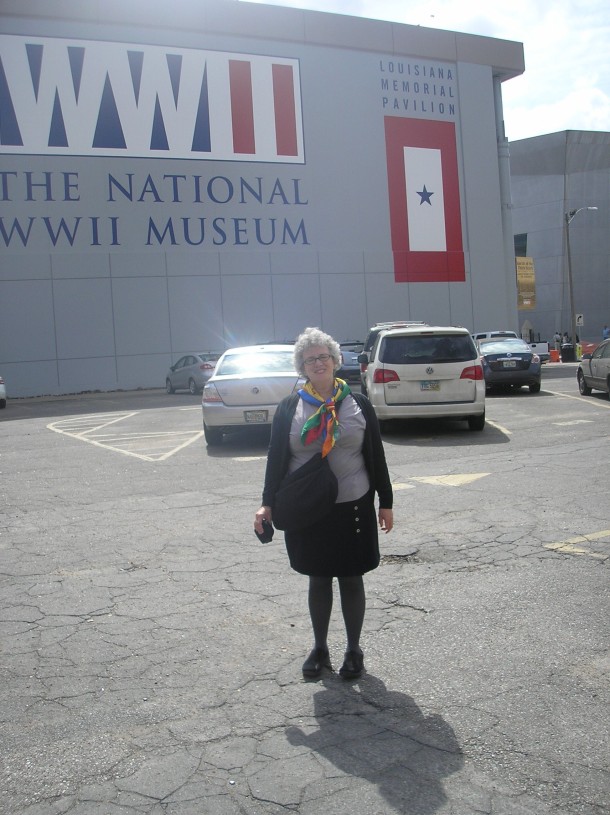 Susie at the National World War II Museum, in a photo taken by Gerd. 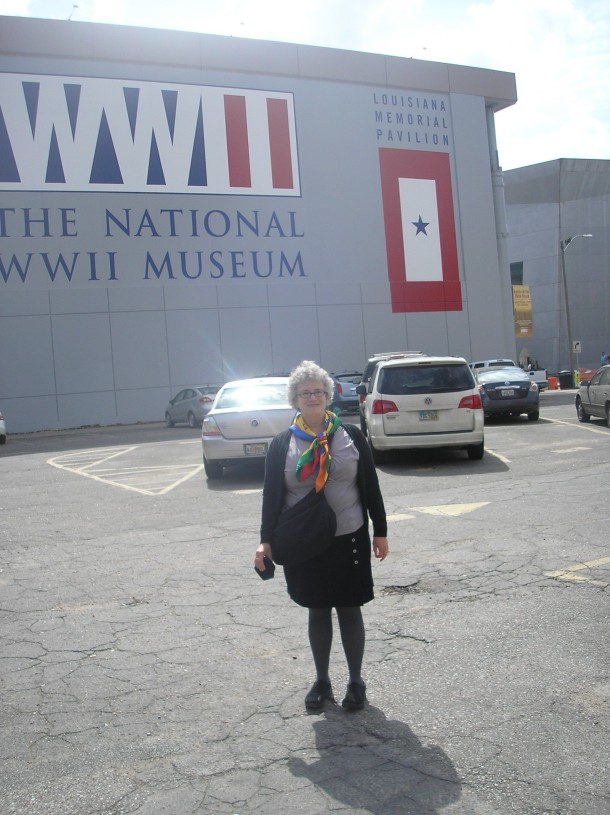 After these photos were taken, I went to sign books for a couple of hours. It was so fun!  Everyone who is at the museum came because of their interest in World War II.  All photos taken in the museum were taken by Gerd, the wife of Joan’s cousin.  Thanks, Gerd! 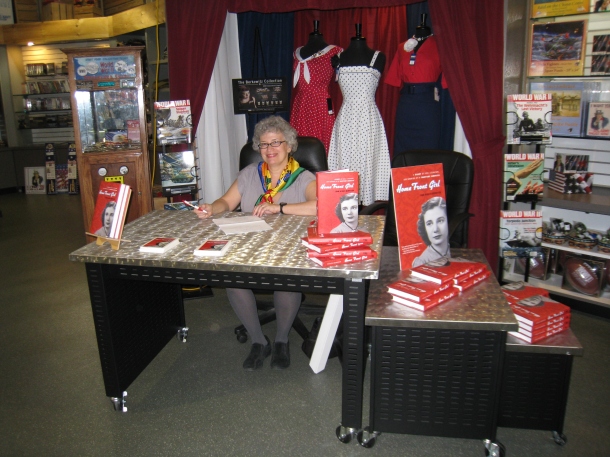 In the National World War II Museum Book Shop, preparing for the signing 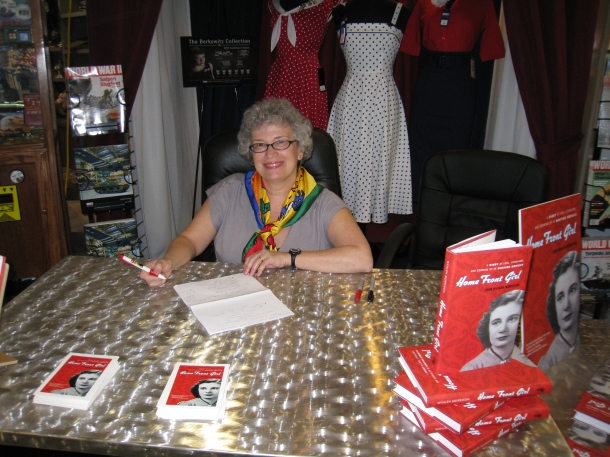 Preparing for the day. 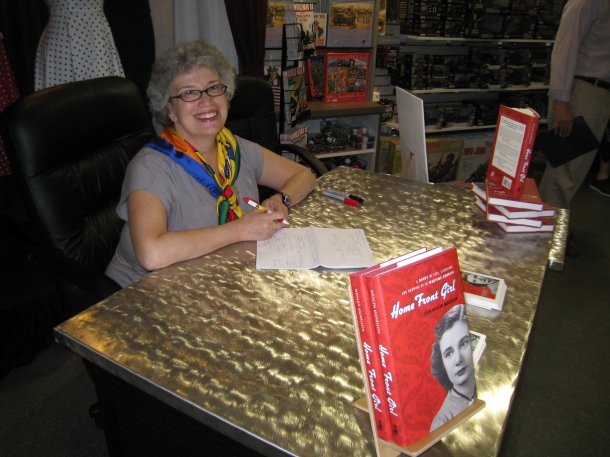 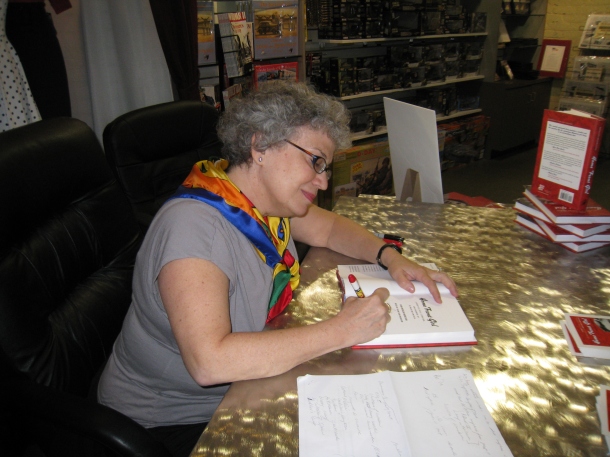 Gerd sat with me for over two hours.  We chatted with museum goers about the book.  It was a lot of fun! 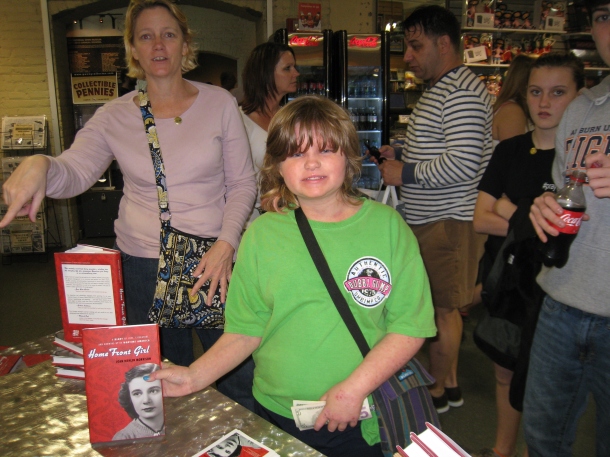 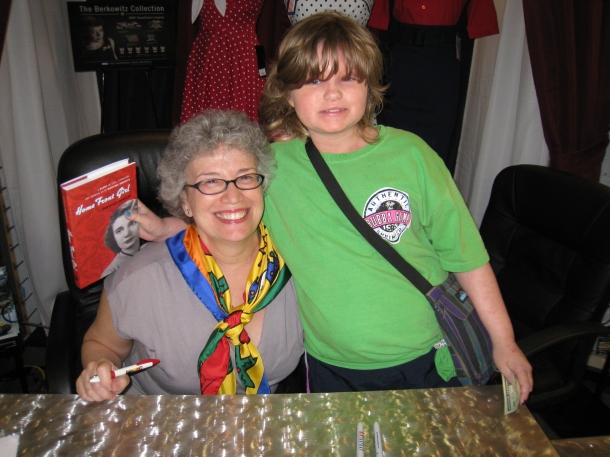 With a young customer and reader

After the signing, Gerd, John and I saw a movie at the museum, narrated by Tom Hanks, called Beyond All Boundaries.  You can play the trailer here.  The movie is in 4-D!!!  Gerd, who is Swedish, thought it “very American.”  John said it was “Awesome!”  I think they are both right!  Do go! 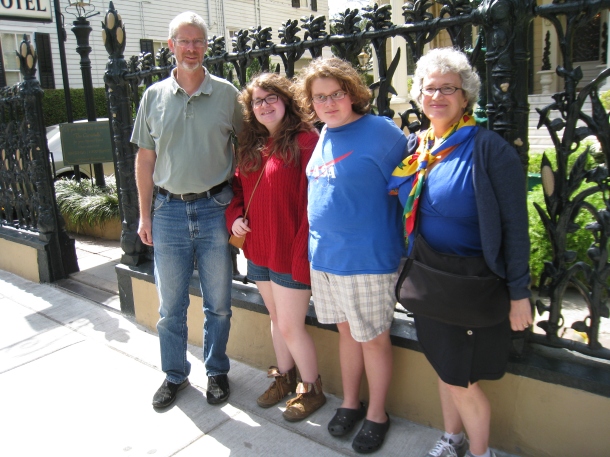 With Jim, Sarah and John by a lovely corn stalk iron fence outside a hotel in the French Quarter 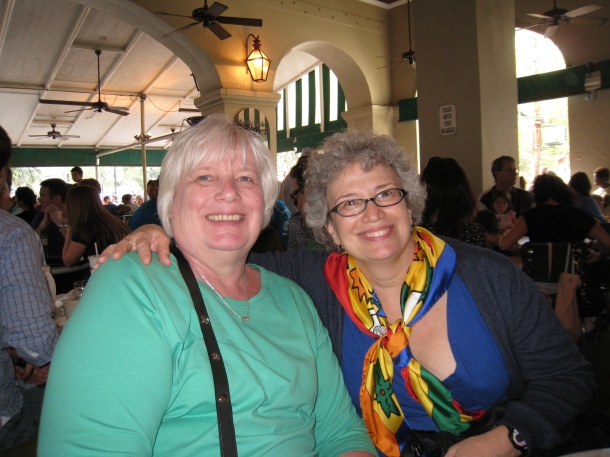 With Gerd at Cafe du Monde 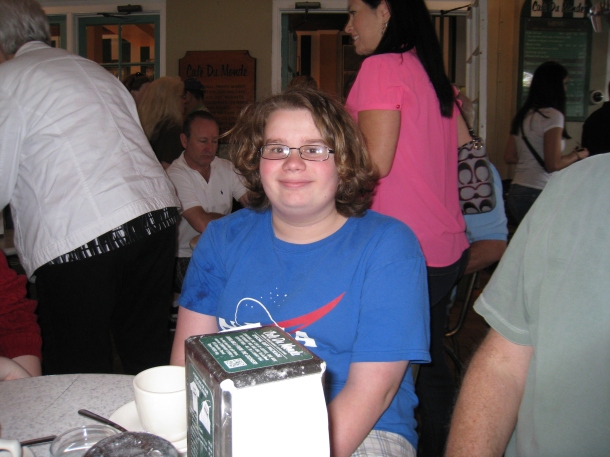