Today is the 72nd anniversary of my parents’ wedding.  I would like to commemorate it by telling about a lovely trip I recently took to Rockefeller Memorial Chapel at the University of Chicago where my dear college friend, Phil, is organist. He and I were so excited to find out that where he works is also where my parents were married on June 19, 1943. You can read more about my recent adventures at the Chapel here.

Now for some photos from the 1940s! Joan’s engagement photo dates from early 1943. 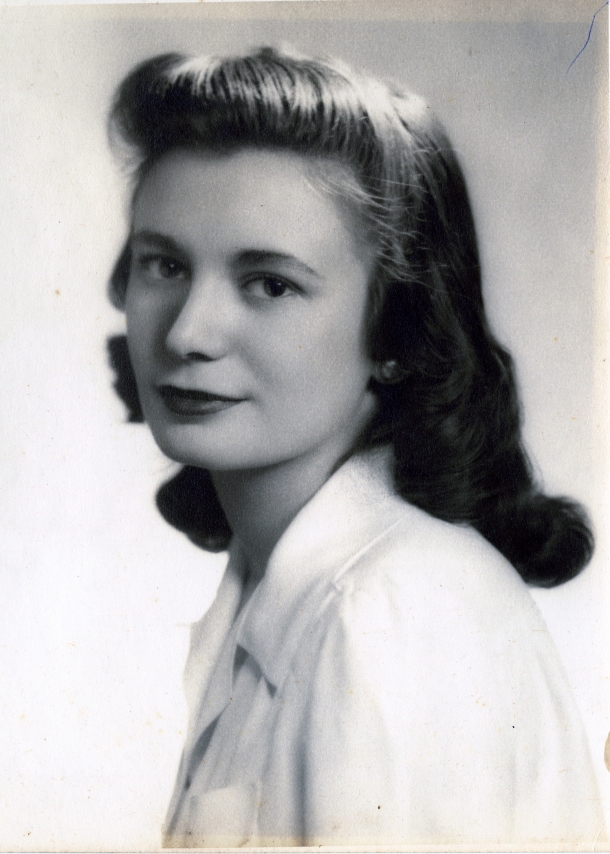 Here are treasured photos from my parents’ wedding on June 19, 1943.  Bob Morrison and Joan Wehlen get married at Rockefeller Chapel!

Who gets the bouquet?

Glenna Anthony, my grandmother, with her son, Bob Morrison

Mom and Dad cutting the cake–and this during wartime rations!

Now it is 72 years since that auspicious day.  Joan and Bob were married 66 years and died within 2 months of each other.  We miss them profoundly, but we grateful for having had them as wonderful parents!  Happy Anniversary!