I recently had the delight to read a wonderful new book, Loving Eleanor, set partly during the time Home Front Girl takes place.  The love story between Eleanor Roosevelt and Lorena Hickok has been sensitively and movingly told by NYT bestselling author, Susan Wittig Albert.

Never sensationalizing, Albert imagines the emotional passion –the triumphs and disappointments–of the journalist “Hick,” a trailblazer for women in a realm designed for males. The title, Loving Eleanor, recurs as a phrase throughout the novel, textured like a poem. Each time one hears “Loving Eleanor,” one senses the heartbeat of Hick, chimed with that of her beloved First Lady. Through the personal story of this pioneering role model, the novel deftly weaves in the political traumas, crises, and advances taking place during the Great Depression and World War II. Albert plaits into the story the life partnerships of a number of women couples, making clear that such unions not only existed, but were also recognized in the past. This classy and timely tribute to same-sex love would make a terrific mini-series.

Oddly, Joan never mentions Eleanor Roosevelt in her diaries. She does mention FDR, and not always positively. 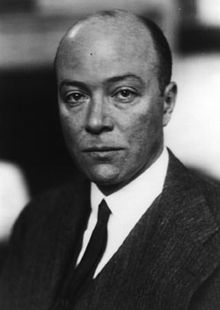 Well, no war yet though a major one is predicted within next two weeks by our foreign ambassadors [Joseph] Kennedy and [William Christian] Bullitt.[1] Pres. Roosevelt’s peace plan seems to have died as all such things die…Witness Wilson, who died disillusioned.

Well, I won’t be seventeen much longer—3 more days –then adulthood…After all, eighteen, in the sight of the state I am grown, self-responsible…So has flown my past—all our pasts—I was thinking: 1940 is almost over…the magic year—the death year…. Our youth-year. We’ll look back and say, “Life was exciting when we were young.” It was. The magic years, though, are always magic. I’m glad I was young in 1940…

P.S. FDR wants us to rent our arms to the British. Our arms! Pretty soon we’ll be renting our boys—but we’ll never get them back.

It’s funny how people meet and touch and pass from each other. Like balloons, as filmy bubbles…contorting and then bouncing away…

P.P.S. The Italians surrendered Bardia [Libya]—another faery tale city –Sunday after 2 weeks siege. Yesterday in his opening address to Congress, Pres. Roosevelt asked for all possible aid short of men (how?) to Britain.

That was Joan’s muted reaction to the now famous Four Freedoms speech, the ideas of which were in “the Universal Declaration of Human Rights adopted by the United Nations in 1948 through the work of Eleanor Roosevelt.”

….We had quite a cozy evening at home. Mom was working and came home late and ate in the kitchen. Daddy and I sat in the living room listening to Roosevelt practically declare war on Germany. I sat on the arm of Daddy’s chair, one arm around him and one holding a glass of milk. I sipped it as we listened and offered him some. He shook his head… He said: “Doesn’t this rouse your patriotism?” 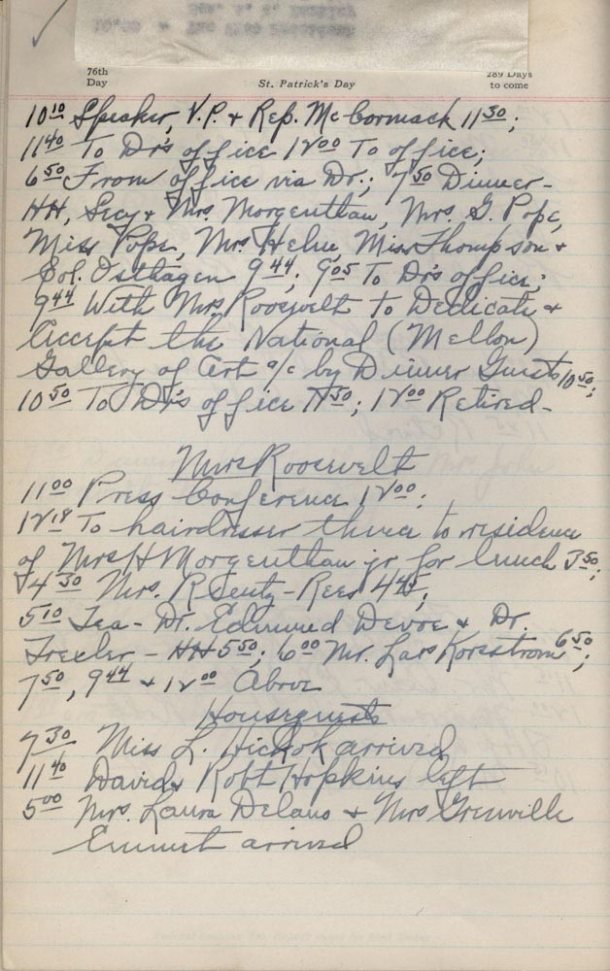 Note Mrs. Roosevelt’s diary as noted by a stenographer and Lorena’s name

Went to church Sunday. Guest rector who cried as he prayed for “the people of Great Britain in their hour of trial.” And for “our American Navy against its enemies.” Funny, as he prayed for the struggling island, for all the anger in me, still, melancholy came, and, kneeling, I found tears in my eyes because it seemed that a world, good or bad, was going. A world that was our world…a world now going. And my hat lowered over my eyes to hide the gleaming tears. Religion is, I suppose, emotional….

Well, now, what is Roosevelt saying? Still about our South American “brothers.”

10:10 p.m. Hello again. Well, he just proclaimed a state of “extreme national emergency”. Also, though, he promised and stated that we would send convoys and defend by force of arms the freedom of the seas etc…. Well, it’s pretty close…I suppose we knew all along….

Roosevelt’s demanding reparations from Germany for Robin Moor[1]…. Also consulates closed on both sides now…Well, they won’t have my help after tomorrow…

[1] A ship sunk by a German U-boat in May 1941 after the Germans evacuated it of crew and passengers.

… Roosevelt to speak tomorrow. “Important,” they say. It was to have been Tuesday but on account of his mother’s death they put it off…They say he’ll say, “Shoot without being fired upon”—to our ships. I dunno. Nice and peaceful at home, washed clothes, etc. Must begin learning to type…Been reading “Moon and Sixpence” and Edna St. Vincent Millay…also Wodehouse. I wonder if that world will disappear…Of course, it was unreal, but will that go?…. Can it?

Well, Baby, it’s come, what we always knew would come, what we never quite believed in. And deathly calm all about it. No people in noisy excited little clusters on the streets. Only silent faces on the streetcars and laughing ones in windows. No excitement. Only it’s come. I hardly knew it, never believed it….War with Japan. ….And last night as we went out, the radio told of the possibility and we said it was just another war scare. I guess it wasn’t. I know now it wasn’t…

Today Japan declared war on the United States…. She bombed Pearl Harbor and the Philippines while her diplomats were talking peace to Roosevelt. This afternoon at 2:30

Well, the first day is over. It’s unbelievably calm. [At school] listened with great crowd in Reynolds Club at 1:30 to Roosevelt’s declaration. England declared war at 8:30—beat us…My God—we are at war!

The declaration Joan refers to is FDR’s famous “Day of Infamy” speech. You can hear it at this site. And you can read about Eleanor’s assessment of that fateful day here.

Heard Roosevelt tonight on the radio; he said we must be prepared for a long hard war.

Eleanor Roosevelt wasn’t any too pleased about Churchill’s visit. Read about that visit here.

Well hullo, Xmas and all that stuff all over. I’m not as cynical as I sound, of course. But it’s over. We lost Hong Kong and Manila we declared an open city. Merry Christmas, Japan. Churchill is here and all comradely etc. with FDR. Brotherly-love et al. Pigface! Christmas night it rained pour-pour and the skies weeping. I doubt that the gods really care though.

I think the “Pigface” is for Churchill, whom Joan did not, for some reason, like very much.

Alas, no references to Eleanor in Joan’s diary…but read Loving Eleanor to find a captivating portrayal of two passionate and principled women from the war years. Deep thanks to Susan Wittig Albert for making them come alive for a new generation!

Posted in Susie's Blog. Bookmark the permalink.
← Silent Night: Hear “The Christmas Carol” with Lionel Barrymore and Orson Welles
The Unknown Soldier: A Little Flower in the Rain →