Hollywood helped Americans prepare psychologically for WWII even before the U.S. was bombed by Pearl Harbor.  By that time, Europe had already been convulsed in war for over two years.  The film, “Come Live With Me,” starring the gorgeous Hedy Lamarr and Jimmy Stewart, is a charming comedy recently aired on TCM.  Released early in 1941, it has some somber moments that would have particular resonance with women at the time. 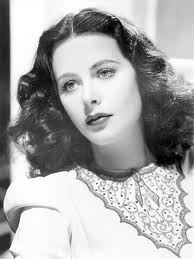 Lamarr plays a Viennese refugee whose father was “liquidated” in what used to be Austria.  She has fled Europe for the U.S. and is dating a married publisher who enjoys a “modern marriage” with his wife.  Lamarr is threatened with deportation due to her lapsed passport.  But the immigration officer gives her a week to find an American citizen to marry so she can stay (would that happen today?).

Stewart is a writer who has no money.  So Lamarr suggests he marry her:  she’ll give him a weekly allowance so he can write and she’ll have the security of a marriage license.  They do not live together and she visits him once a week to pay him off.

But Stewart is starting to fall in love with her and writes a book based on this strange situation.  He sends it off to none other than the publisher Lamarr is involved with (of course!), saying he doesn’t know how the story will end.  But we can hope! 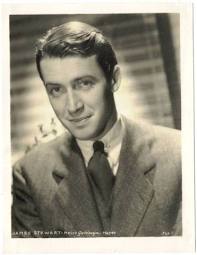 In order to have her fall in love with him, Stewart practically kidnaps Lamarr (who is also starting to be interested in him), taking  her to the countryside where he grew up on a farm with Grandma, played by Adeline de Walt Reynolds, who dispenses wisdom as featured on her home-embroidered samples.

When Lamarr sees the proverb “Time Heals All Wounds,” she — thinking of her dead father — expresses doubt that that is true.  But Grandma says that if a woman can birth a dead child, and lose a young husband to a falling tree, and go hungry for a year due to flooded fields, she can rise above anything. 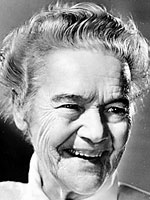 Then Grandma says, “There isn’t a woman in the world who hasn’t had reason to doubt sometimes….Part of living is meeting tragedy and rising above it.  A woman doesn’t amount to anything unless she can do it.  It takes a long time to learn that that is true.”

Grandma’s wisdom heals Lamarr, but it also is meant as a lesson to women on what would soon become the home front in the United States who would be facing their own tragedies soon enough.

This charming ad features a caricature of Jimmy Stewart and Hedy Lamarr in the 1941 comedy “Come Live With Me.”  At the end of the film there is an even cuter one with them as lightning bugs (hard to explain if you haven’t seen it!).